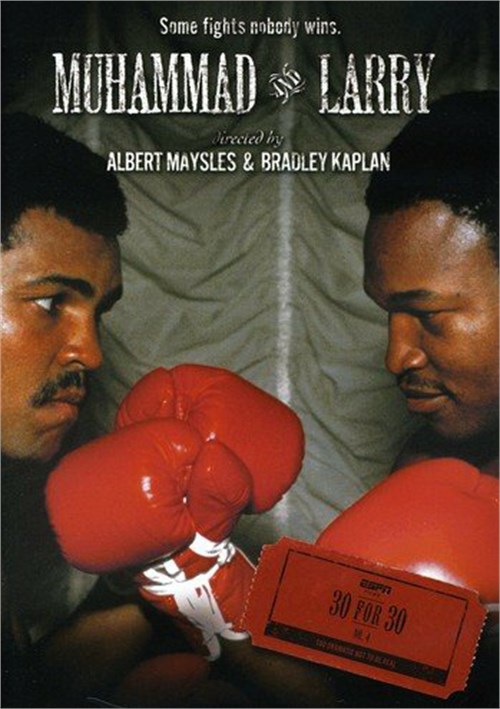 In October of 1980, Muhammad Ali came out of retirement attempting to become world heavyweight champion for an unprecedented fourth time. Some close aides and observers worried whether he still had enough in his battle-worn 38-year-old body to pull off another miracle. His opponent, Larry Holmes, had broken into boxing as Ali's sparring partner en route to the world title, but still struggled to escape from his mentor's towering shadow. In the weeks of training leading up to the fight, legendary documentary filmmaker Albert Maysles (Gimme Shelter, Grey Gardens) took an intimate look at Ali as he masterfully entertained onlookers at his camp in Deer Lake, PA, trying to convince them - and perhaps himself - that he was indeed still "The Greatest." At the same time, Maysles turned his camera on the hardworking, tell-it-like-it-is Holmes, as he diligently trained in his hometown of Easton, PA attempting to bring down the closing curtain on Ali's illustrious career.

Here for the first time is the compelling never-before-seen footage from the build-up to the title fight, accompanied by newly-produced, reflective conversations filmed by directors Albert Maysles and Bradley Kaplan (Get Yer Ya-Ya's Out!) with surviving members and experts from the Ali and Holmes camps (including Larry Holmes, Angelo Dundee, Wali Muhammad, Dr. Ferdie Pacheco and Bert Sugar). Muhammad and Larry tells the poignant, at times amusing, but ultimately heart-wrenching story of the battle between these two great friends and warriors - and the fight that changed them, and boxing history, forever. Over an hour of bonus features, including ESPN's pre-and-post fight coverage, interviews & press conferences with both fighters, plus extended interviews.