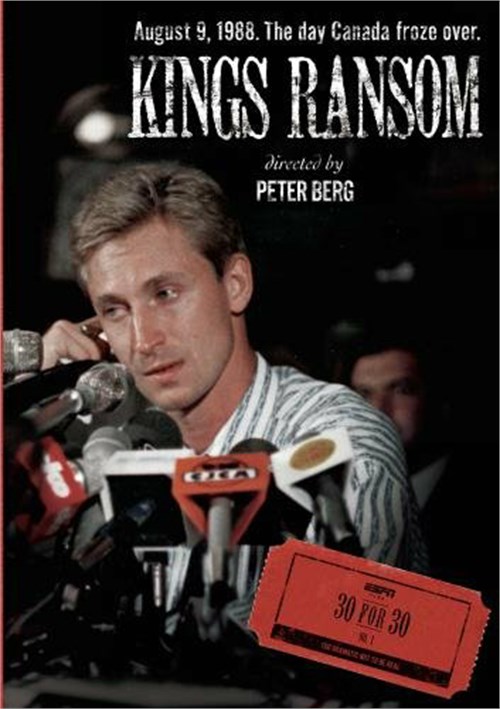 On August 9, 1988, the NHL was forever changed with the single stroke of a pen. The Edmonton Oilers, fresh off their fourth Stanley Cup victory in five years, signed a deal and exported Wayne Gretzky, a Canadian national treasure and the greatest hockey player ever to play the game, to the Los Angeles Kings in a multi-player, multi-million dollar deal. As bewildered Oiler fans struggled to make sense of the unthinkable, fans in Los Angeles were rushing to purchase season tickets at a rate so fast it overwhelmed the Kings box office. Overnight, a franchise largely overlooked in its 21-year existence was suddenly playing to sellout crowds and standing ovations, and a league often relegated to "little brother" status exploded from 21 teams to 30 in less than a decade.

Acclaimed director Peter Berg (Friday Night Lights, The Kingdom) presents the captivating story of the trade that knocked the wind out of an entire country, and placed a star-studded city right at the humble feet of a 27-year-old kid, known simply as "The Great One." Bonus features include deleted scenes and director's statements.