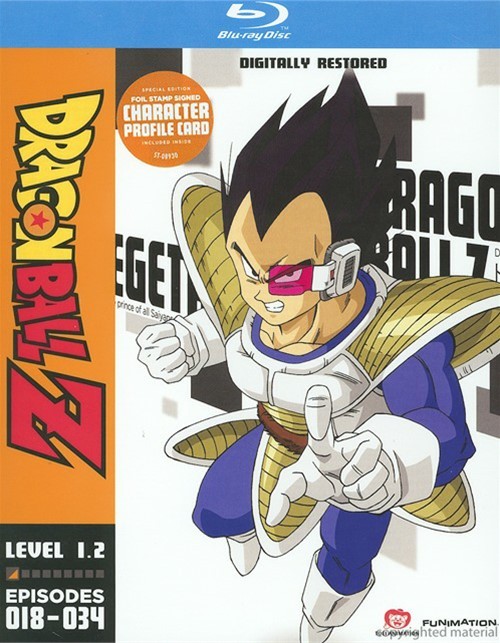 Fear the sinister Saiyan onslaught! Celebrate the heroic return of Goku! And prepare for an epic showdown with vegeta!

This spectacular Blu-ray version of Dragon Ball Z is restored from the original film - frame by frame - with steps taken to ensure a pristine picture that looks every bit as good as you remember. A team of anime scientists utilizing the cutting edge of modern technology have successfully returned the greatest anime in history to all its former glory. This amazing collection presents episodes eighteen through thirty-four of DBZ along with never-before-seen special features. The 16mm film has been re-transferred in 1080p HD preserving the original, director-approved color and classic 4:3 aspect ratio. You may think you've seen all there is to see in the DBZ universe, but you're wrong. Take home this seventeen episode Blu-ray collection, and relive the action-packed adventure that taught you what it means to be a fan!