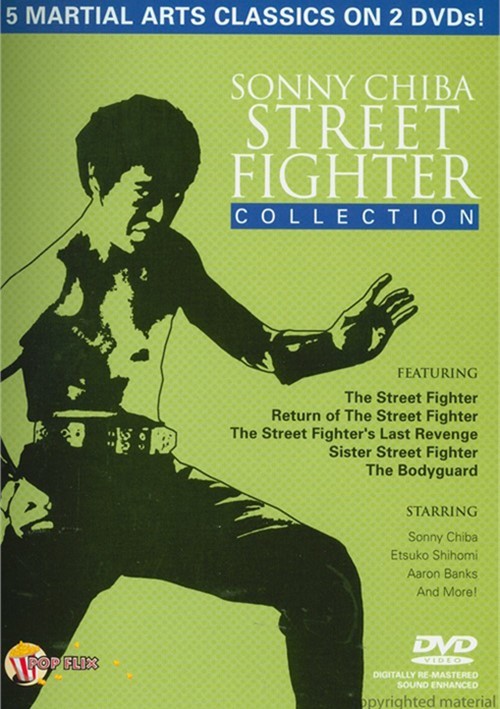 Sonny Chiba in his career-defining role as the body-part-ripping, karate-killing machine, The Street Fighter! This ultra-violent film series first introduced American audiences to this international action superstar. Prepare to be blown away!

Tough-as-nails, badass mercenary, Takuma Tsurugi (Chiba) refuses to kidnap a beautiful heiress, and instead goes to war with the mobsters who are after her. Widely considered one of the best martial arts movies ever made!

Return of the Street Fighter

The merciless killing machine (Chiba) is back and he's meaner than ever! This time, he is hired by the mob to execute a respected karate master by ripping out his vocal cords. When he refuses, Tsurugi is put on the death list himself.

no one can stop Tsurugi's fists of fury after mobsters double-cross him and murder his girlfriend!

A fierce, female martial arts warrior (Shihomi) enlists the aid of a master karate expert (Chiba) to rescue her kidnapped brother from a bloodthirsty drug lord. high-kicking martial arts beauty Etsuko Shihomi is one of the most lethal screen vixens in grindhouse history!

Bonus Film: Viva Chiba! The Bodyguard
After a failed attempt on his life, international crime fighter Sonny Chiba vows to wipe out Japan's remaining drug traffickers! With exaggerated violence and stylized direction, this is class Chiba at his finest!