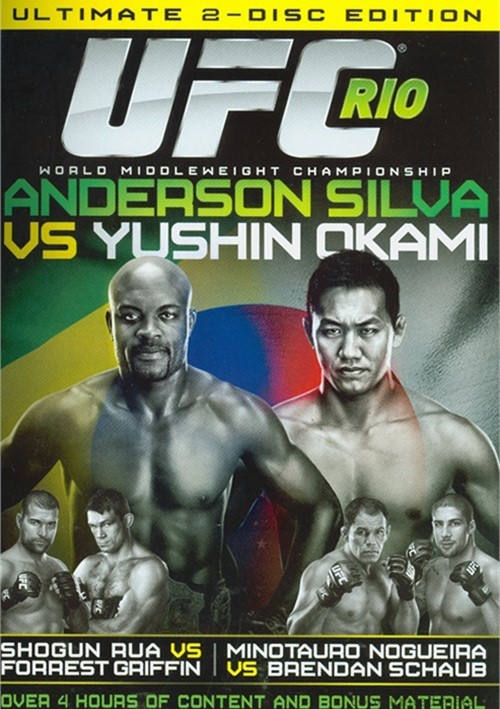 August 27, 2011, Rio De Janeiro, Brazil - The Ultimate Fighting Championship returns to the birthplace of mixed martial arts, Brazil, and for its first show in the country since 1998, some of the greatest fighters ever step into the Octagon for a night of explosive action. In the main event, the best pound-for-pound fighter in the world, Anderson Silva, defends his middleweight titles against top Japanese contender Yushin Okami. Plus, it's the rematch fans have been waiting for, as Mauricio "Shogun" Rua faces Forrest Griffin in a clash of former world champions, and the legendary Minotauro Nogueira looks to turn back the clock against American KO artist Brendan Schaub.