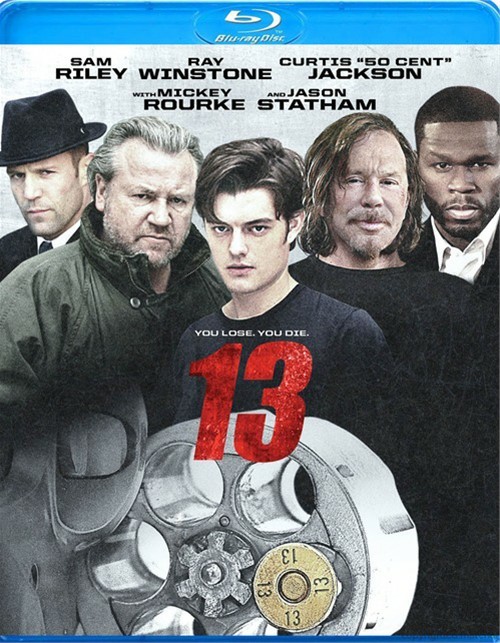 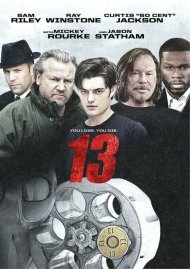 You lose. You die.

Jason Statham, Ray Winstone (Indiana Jones & The Kingdom of the Crystal Skull), Academy Award nominee Mickey Rourke, Curtis "50 Cent" Jackson, Academy Award nominee Michael Shannon (Boardwalk Empire) and Sam Riley (Control) star in this intense thriller about the underground "sport" of Russian roulette. It is fiercely organized and ferociously secret. It attracts depraved gamblers and desperate men. And tonight, one naive young player will mistakenly become a numbered participant in a deadly world of power, violence and chance where the ultimate bets are decided by a squeeze of the trigger. The stakes are high, but the payout is more than he can resist. Emmanuelle Chriqui (Entourage), Alexander Skarsgard (True Blood), David Zayas (Dexter) and Ben Gazzara (Roadhouse) co-star in writer/director Gela Babluani's white-knuckle American remake of his 13 Tzameti, the film that swept Europe, shocked Sundance and now translates as one of the most extreme edge-of-your-seat thrillers of the year.