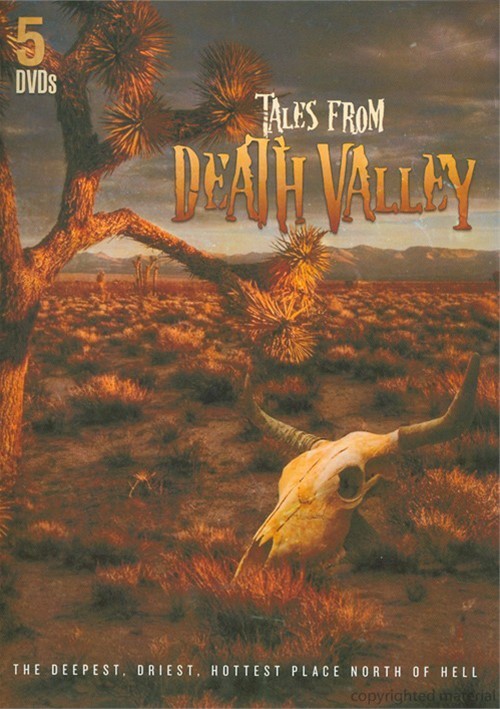 Christened by terrified prospectors who crossed its dune-pocked sands in search of California Gold in 1849, Death Valley would go on to set the Western Hemisphere's record for the highest recorded temperature 64 years later (134Â°F at Furnace Creek on July 10, 1913). This sun-baked depression, 282 feet below sea level on the wrong side of the Sierra Madre mountain range, has long exercised a fascination upon the human imagination. Tales From Death Valley pays scorched tribute to this earthly Hades: dropping the viewer into the desert's parched depths via astonishing location footage, searing ghost stories and dramatized entries from the diaries of pioneer settlers and railroad workers who managed to penetrate some of the harshest terrain on Earth-and lived to tell the tale!

Death In The Desert

The Ghosts of Death Valley Junction

Reviews for "Tales From Death Valley"