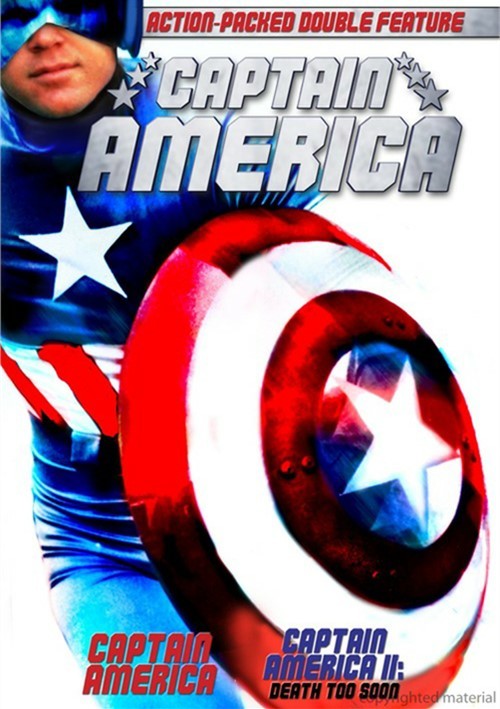 For the first time on DVD - two live-action TV movies featuring the origins and adventures of Captain America!

When former Marine Steve Rogers is in an accident, his only hope for recovery is an injection of the FLAG superserum - created years ago by his own father - which enhances each of his senses, as well as gives him great strength and fast reflexes. And to help him bring his attackers to justice, a government agency outfits him with a motorcycle and powerful shield, then turns the newly formed Captain America loose on the nation's enemies.

Captain America returns to carry on the legacy of his father and defend the country - this time, however, he faces off against the terrorist known only as Miguel and the threat of a chemical agent that rapidly ages those who come into contact with it.