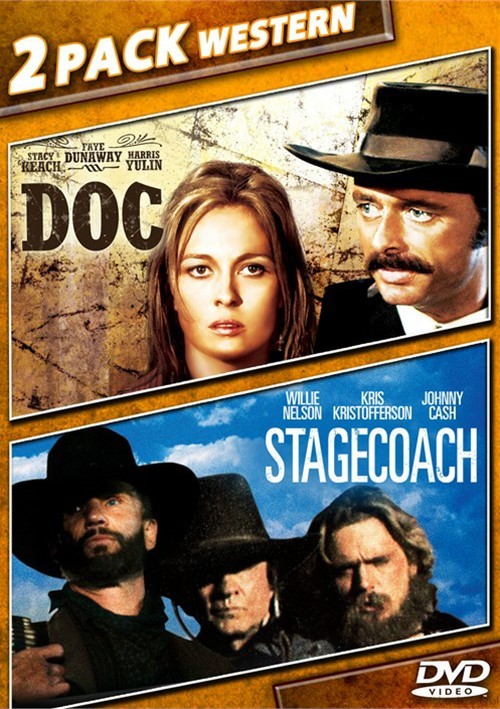 When two-fisted gunslinger Doc Holliday (Stacy Keach) rides into Tombstone, he's ready and willing to help District Marshall Wyatt Earp (Harris Yulin) clean up the unruly town, just as they did in Dodge. But to Doc's surprise, Earp has changed from a steely-eyed believer in law-and-order into a greedy opportunist who'll do anything to be elected Tombstone's sheriff. To ensure his victory, the unscrupulous Earp enlists Doc's help in double-crossing the most vicious band of outlaws in the territory, the notorious Clanton Gang. It's a dangerous scheme that leads to the infamous showdown at the O.K. Corral, where a bloody slaughter transforms villains into heroes...and heroes into American legends.

Apache Indian Chief Geronimo and his war party are on a rampage across the countryside, prepared to massacre all who cross their path. Nine diverse travelers must journey over the dangerous terrain and their only hope is the stagecoach. Starring Country music superstars Willie Nelson, Kris Kristofferson, Johnny Cash and Waylon Jennings.