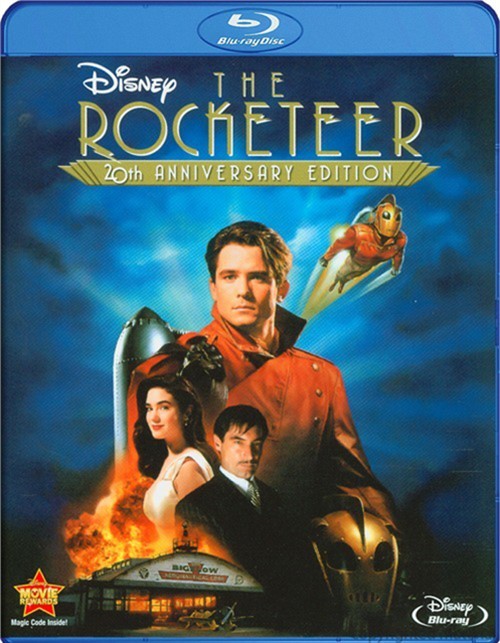 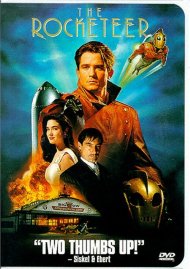 Celebrate the 20th anniversary of director Joe Johnston's (Captain America: The First Avenger) action-filled, witty The Rocketeer. And now with state-of-the-art digital restoration and enhanced high definition sound, experience it as it jets off for the first time on Disney Blu-ray.

The discovery of a top-secret jetpack hurls test pilot Cliff Secord into a daring adventure of mystery, suspense, and intrigue! Cliff encounters an assortment of ruthless villains, led by a Hollywood screen star who's a secret Nazi spy (Timothy Dalton). With the help of his actress girlfriend, the young pilot battles enormous odds to defeat his foes who are anxious to use the device in an evil plan to rule the world! The dangerous mission transforms the ordinary young man into an extraordinary hero.

Reviews for "Rocketeer, The: 20th Anniversa"