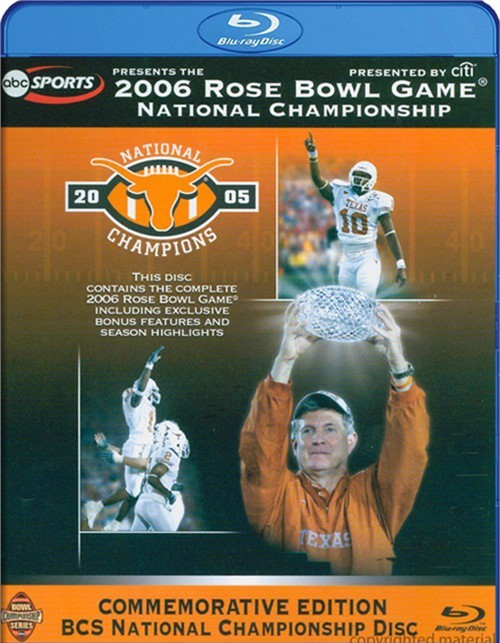 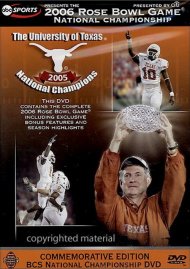 January 4, 2006. Before 94,000 fans at the Rose Bowl in Pasadena and half of a nation watching on television, Vince Young carried the Texas Longhorns on his back and broke Southern California's 34-game winning streak en route to claiming their fourth National Championship and first in over 35 years.

The hype could not have been bigger surrounding the match up of the top two BCS teams, No. 1 Southern California and No. 2 Texas. On the field would be the last two Heisman Trophy winners and the current Heisman runner-up, Vince Young. With 6:42 left to play in the fourth quarter it looked as if the dream season for Texas may come to a close but Vince Young and the Longhorns would not go away that easily. Young carried the Longhorns down the field and closed the gap to 38-33 with 4:03 remaining, scoring on a 17-yard touchdown run. In an attempt to run out the clock and deny Young another chance, Southern California moved the ball to the Texas 45 and faced fourth-and-two with 2:09 left. Texas Coach Mack Brown was not surprised by Southern California's decision to go for it on fourth down. We told our defense, if we stop this fourth-down play, we're going to win the National Championship. The Longhorns got the ball back and gave Young one last chance. Facing fourth and five with 19-seconds to play, Young sidestepped the USC defenders and glided into the end zone and Texas history, winning 41-38.

This disc contains the complete 2006 Rose Bowl Game, presented by Citi, with coverage from ABC Sports, without commercial interruption, presented in high definition digital video. Chapter points on the DVD allow you to jump directly to the action, quarter by quarter. With this DVD, you are in control of every frame of video and every replay of this incredible BCS Championship game where the Texas Longhorns became 2005 National Champions.