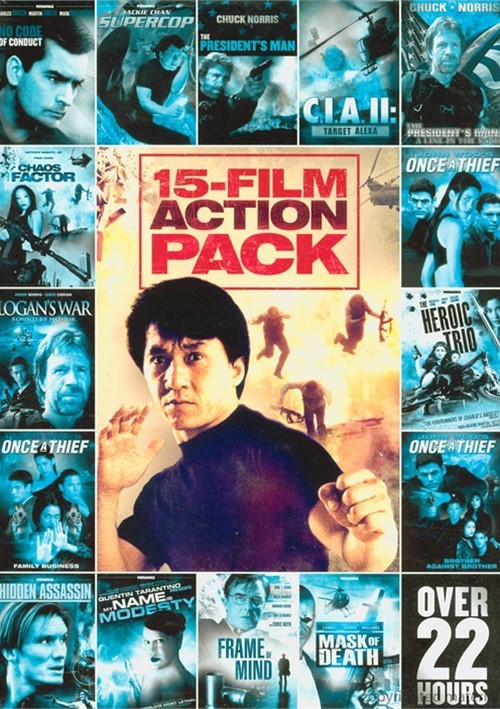 Jackie Chan is undercover and out on control on a high-stakes mission to take down a powerful drug lord.

No Code of Conduct

While hot on the trail of the city's most notorious heroin dealer, father and son cops uncover rampant corruption in their own police f-rce.

Special Agent Michael Dane is on a tip-secret mission to stop a killer suspected of a political assassination.

When his wife is killed, and FBI agent won't rest until he's brought down those responsible for her death.

While on a routine military mission, Captain Jack Poyct discovers the remain of a violent American camp.

Joshua McCord heads to South America on a high-stakes rescue mission: to recover the First Lady, held hostage by a group of terrorists.

The President's Man: A Lind In The Sand

When a group of terrorists threaten to detonate a nuclear bomb within U.S. borders, Joshua McCord is called back into action.

Once A Thief: Family Business

The Director assigns Mac to uncover why the Janczyk crime family has been venturing into uncharted hoodlum territory.

Once A Thief: Brother Against Brother

Li Ann discovers that her brother is helping the Tang Godfather and now must decide where his loyalties really lie.

My Name is Modesty

Modesty Blaise is a fighting, stealing, spying body guard with vengeance on her mind.