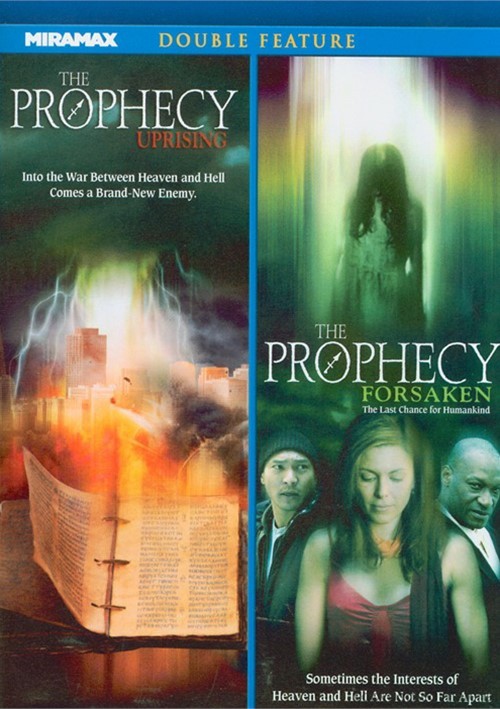 Another chapter in the wildly popular Prophecy series, The Prophecy: Uprising is a spine-tingling supernatural thriller starring Kari Wuhrer (Eight Legged Freaks) and JasonLondon (Out Cold).

Not all prophecies have already been written. The Lexicon is an ancient religious manuscript that continues to write itself and reveal the mysteries of the future. When it lands in the hands of an unsuspecting young woman, she is suddenly thrust into the center of an epic battle between ruthless fallen angels who will move heaven and hell to learn the secrets contained in the Lexicon.

As an ancient religious text - the Lexicon - continues to write itself and reveal eternal mysteries of the universe, it is now believed to contain the exact time when the Antichrist will arrive! With control of the Lexicon and its enormous power at stake, a group of fallen angels will stop at nothing to capture it and the young woman (Wuhrer) who possesses it!

Reviews for "Prophecy, The: Uprising / Prop"