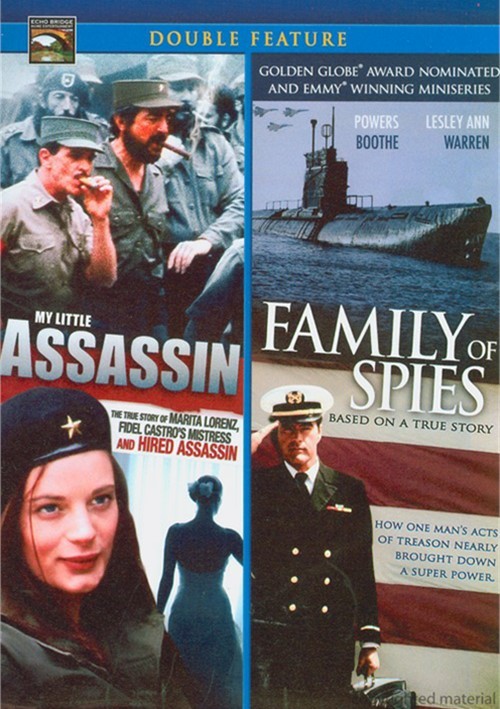 At just nineteen year old, Marita Lorenz (Gabrielle Anwar, TV's Burn Notice) sailed to Cuba for a secretarial job with Fidel Castro (Joe Mantegna, TV's Criminal Minds), the country's emerging leader. But soon after her arrival, she realizes that he has other plans for her. . . as a mistress. While she witnesses Cuba's political change firsthand and struggles to understand Castro's controversial policies, a heated love affair leads to her pregnancy. From there, the shocking outcomes of a lover turned trained assassin emerges - My Little Assassin is a true story of a forbidden love and political intrigue rooted in conspiracy.

Envelopes and briefcases stuffed with cash. Nondescript drop off points. Communications in code. Late-night stakeouts. U.S. Navy Officer John Walker's (Powers Boothe, Men of Honor) real life was torn from the pages of an espionage novel. Armed with high-level security for over 15 years by selling top-secret information to Russia's KGB, even going so far as to recruit and train his son into the "family business." This is the truth, Golden Globe Award nominated and Emmy winning ministries about the rise of a manipulative in our midst.

Review "My Little Assassin / Family Of"

Reviews for "My Little Assassin / Family Of"