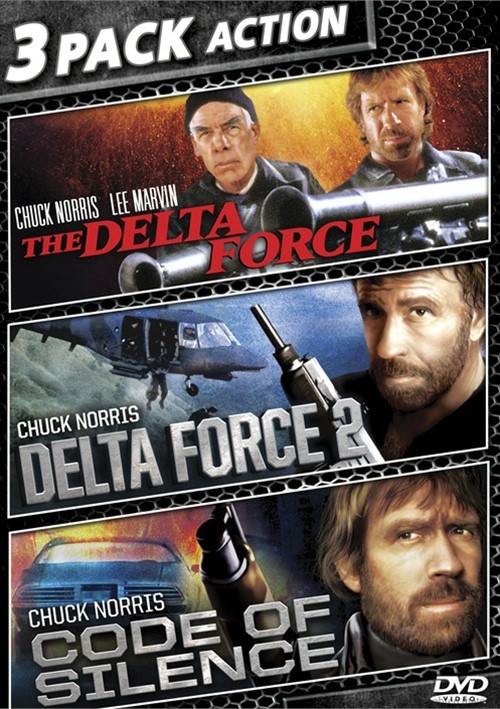 An elite team of commandos led by Major Macoy (Chuck Norris) and Colonel Alexander (Lee Marvin) are called to eliminate Lebanese hijackers and rescue the hostages.

When DEA agents are taken captive by ruthless South American kingpin, the Delta F-rce is reunited to rescue them.

A Chicago cop is caught in the middle of a gang war while his own comrades shun him because he wants to take an irresponsible cop down.