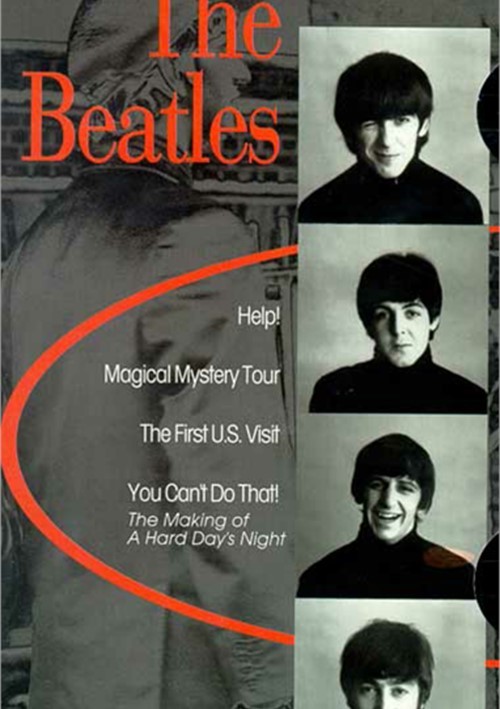 Nearly four decades after The Beatles rocked the world, their music and their persona remain as popular as ever!

A mad scientist and a group of demented Oriental mystics chase The Beatles around the world to get a magical ring stuck on Ringo's finger.

A psychedelic bus tour along the British countryside with The Beatles.

A rare glimpse at the Fab Four as they arrive in America for the first time. Includes three unforgettable performances on the Ed Sullivan Show.

The Making Of A Hard Day's Night**

Review "Beatles, The: The Ultimate DVD"

Reviews for "Beatles, The: The Ultimate DVD"