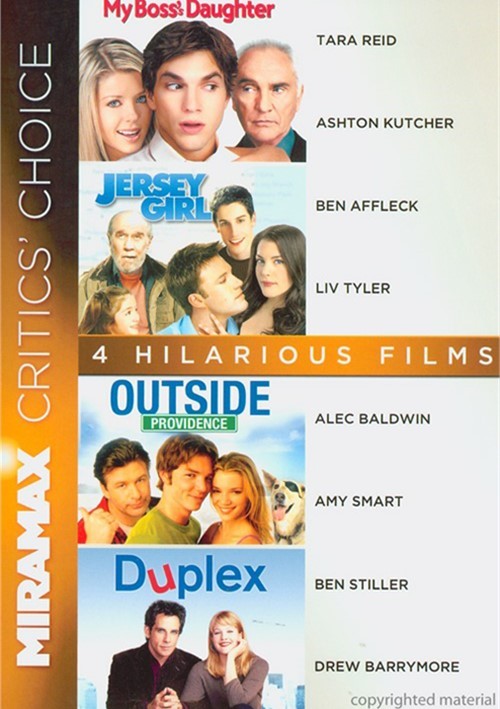 When ambitious junior executive Tom Stansfield accepts an invitation to the stately home of his grouchy boss, he thinks it's for a big date with his boss's sexy daughter. But Tom gets a big surprise when he's expected to house-sit.

Ollie is a big-city publicist who has the life, he's always wanted - until thinks take an unexpected turn . But just when he thinks his life has hit rock bottom , a sexy, no-nonsense video store clerk enters his life.

Timothy Dunphy has a full-blown attraction to trouble. Everything changes through when he crashes into a parked police car, prompting his father to ship him off to a snobbish prep school where he's out of place, outclassed and seriously outnumbered.

Young and vibrant New Yorkers Alex and Nancy have just found the perfect place to settle down and share a bright future. But their new home comes with a permanent fixture they didn't expect - an obnoxious elderly tenant who won't move out and refuses to die!