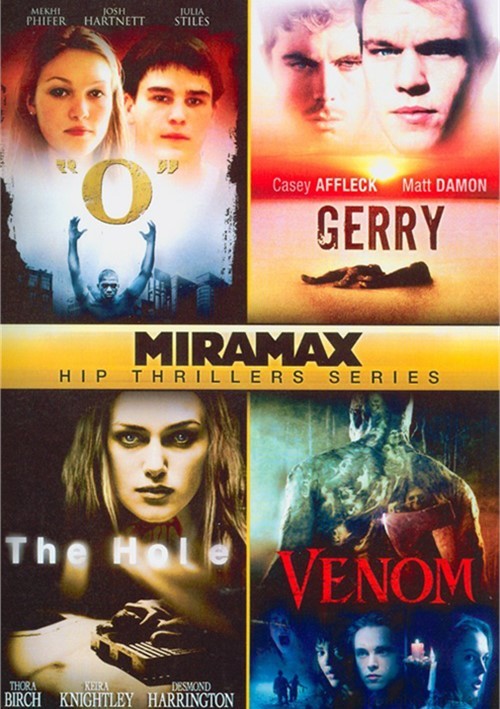 A modern re-telling of a Shakespeare's Othello set in an elite high school. Jealous of his father's love for star basketball player Odin "O" James, Hugo plots a diabolical scheme that sets off a disturbing chain of events.

A pair of best friends (Casey Affleck and Matt Damon), who've nicknamed each other "Gerry", set out on a desert hike. But what begins as a simple daytime adventure turns into an intense life-and-death journey that will test the strength of human endurance and ultimately their friendship.

Liz Dunn (Thora Birch) and three of her prep school friends decide to hid in a long-abandoned bomb shelter to part and hang out. But when someone locks them in, anxious hours turn into desperate days and their spontaneous adventure turns into a bloody fight for survival. Also starring Kiera Knightley.

Set deep in the eerie swamps of southern Louisiana, a group of teenagers try to uncover the truth behind a friend's mysterious death. What they find is an evil f-rce more deadly than anyone could have imagined. Now they are the ones running for their lives. Starring Agnes Bruckner, Jonathan Jackson, Megan Good and more.