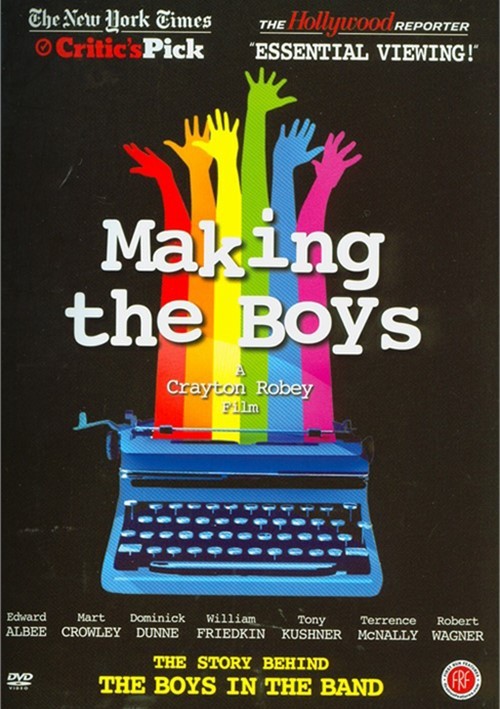 Before Prop 8, Will & Grace, AIDS, gay pride or Stonewall, The Boys in the Band changed everything. Crayton Robey's Making The Boys explores the enduring legacy of the first ever gay play and subsequent Hollywood movie to successfully reach a mainstream audience. Beloved by some for breaking new ground and condemned by others for reinf-rcing gay stereotypes, The Boys in the Band sparked heated controversy that endures to this day.

Featuring interviews with its author Mart Crowley, surviving cast members, and a who's who from stage and screen, this enjoyable documentary captures the behind-the-scenes drama and lasting legacy of this cultural milestone.

Reviews for "Making The Boys"