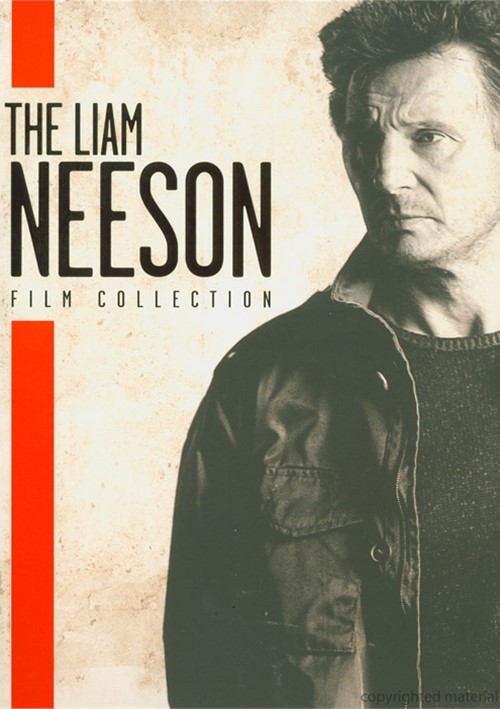 See the crew fight back in this action packed adventure bursting with sensational battles, raging storms and intensity as powerful as the mighty sea itself!

A Prayer For The Dying

A gritty tale of retribution and redemption. A Prayer For The Dying will keep you heart racing in suspense until the final frame!

High Spirits is a gleefully ghoulish comedy sparkling with romance and supernatural special effects. A plan to save a debt-ridden Irish castle goes frightfully wrong when the residents scare up more than paying guests - they arouse the real ghosts of Castle Plunkett!

In this romantic espionage thriller set against the backdrop of World War II, a secretary turned government spy goes undercover to penetrate the Berlin home of a high ranking enemy official (Neeson) and works swiftly to accomplish her mission.

In this classic film, Dr. Jerry Lovell (Neeson) tries to help Nell (Jodie Foster), as she learns to step out of her isolated world, and protect her from a life of scientific study.

Liam Neeson stars as the legendary hero who refused to let his enemies destroy his honor. Experience this breathtaking, epic adventure as Rob Roy is thrust into the most challenging battle of his life!

Liam Neeson stars as Alfred Kinsey, a man driven by scientific passion and personal demons to investigate the elusive mystery of human sexuality. This provocative drama dares to lift the veil of shame from a society in which sex was hidden, knowledge was dangerous and talking about it was the ultimate taboo.

From Ridley Scott, director of Gladiator and Black Hawk Down, comes a thrilling, action-packed epic of honor, passion and courage that "explodes with adventure" (Chicago Tribune).

"Liam Neeson is an unstoppable f-rce" (Premiere) as a former spy, who sets out to find his kidnapped teenage daughter (Maggie Grace) at any cost. Relying on his special skills, he tracks down the ruthless gang that abducted her and launches a one-man war to bring them all to justice and rescue his daughter.