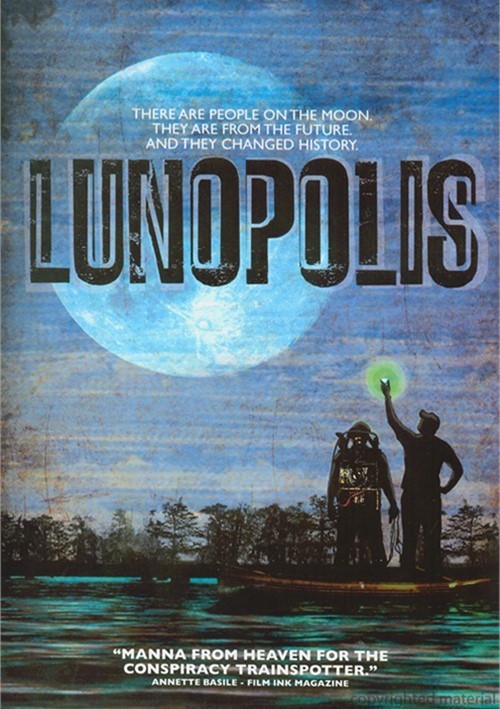 There are people on the moon. They are from the future. And they changed history.

Heralded as the world's first science fiction insta-classic, Lunopolis delivers a wildly inventive sci-fi conspiracy theory that proves once and for all the connections between Ufo's, time travel, ghosts, immortality, religion and life on the moon. Weaving a seamless fabric of fact and fiction, filmmaker Matthew J. Avant spins an unforgettable Rubik's cube cliffhanger being hailed by critics as "Sci-Fi cool", mind-bending, exciting, and genuinely intense.

During a late night conspiracy broadcast, a frantic caller claims human beings are living on the moon controlling our every action. Two young filmmakers chase the clues to an enormous and dark facility hidden beneath a murky Louisiana swamp and soon find they have ventured deep into the lair of the powerful "Church of Lunology". An organization dedicated to hiding their mysterious past while secretly manipulating mankind's future.

Hunted and on the run, the camera continue rolling as they discover earth's secret history and makeshift time machine that could unlock the very gateway to eternal life. Time is almost up, but this story cannot end until they face head-on the most powerful and dangerous religious cult in the history of the world.