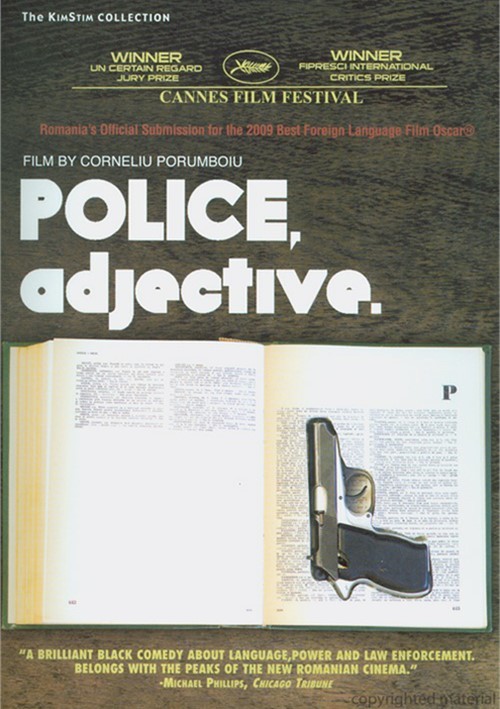 Cristi (Dragos Bucur) is a young undercover cop who undergoes a crisis of conscience when he is pressured to arrest a teenager who offers hash to classmates. Not wanting to ruin the life of a young man he considers merely irresponsible, Cristi must either allow the arrest to weigh on his conscience, or face censure by his self-righteous superior (Vlad Ivanov, of 4 Months, 3 Weeks And 2 Days), for whom the word "conscience" has an entirely different meaning.

Porumboiu approaches his story with an exacting patience of a master ironist, culminating in one of the most unexpected comedic payoff in years, and extraordinary dissection of language that affirms his reputation as one of the most exciting new talents in European cinema.