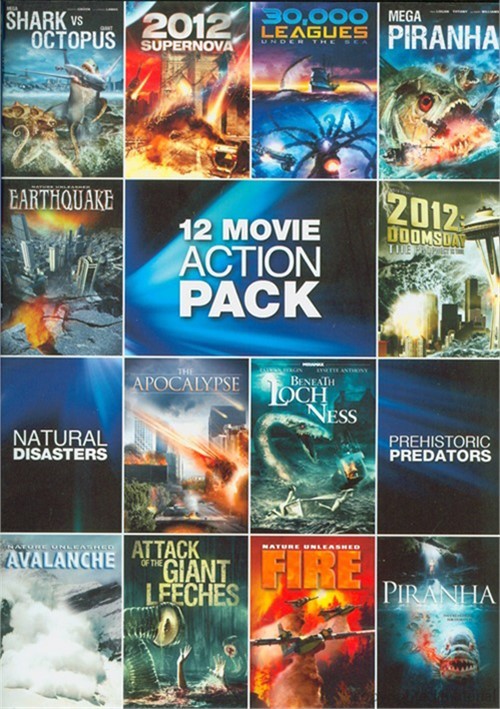 A mutant strain of giant, ferocious piranha continues to grow as the eat their way from the Amazon to Florida.

The world's top scientific researchers learn why no one has lived to solve the age-old mystery of what lies Beneath Loch Ness.

In a small swampland town, people are mysteriously disappearing and a new breed of leeches is to blame.

A submarine crew comes face to face with Captain Nemo and his underworld empire.

A wildlife photographer and her brother travel to the dense and mysterious Amazon jungle and find themselves fleeing from a human poacher and flesh-eating piranha.

In the days leading up to December 21, 2012, four strangers are mysteriously drawn to an ancient temple in the heart of the Mexican jungle.

A mother and father search for their only child as a giant asteroid headed for Earth triggers a series of apocalyptic events.

When a star in a nearby galaxy becomes unstable and goes supernova, an astrophysicist puts together a desperate plan to shield the Earth.

A catastrophic earthquake of an 8.2 magnitude rocks the Russian countryside.

Two snowmobile guides live through a massive avalanche, but buried villages are filled with trapped survivors.

As flames from an arsonist's fire grow, a group of dirt bikers are f-rced to safety through an empty mine... full of flammable methane gas.