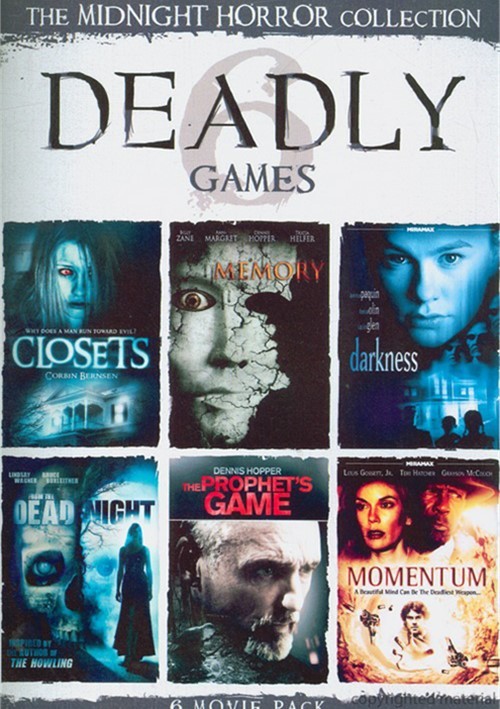 Jonas Littleton is on a desperate search to recover his family from a supernatural being.

A serial killer lures a retired detective (Dennis Hopper) into playing his infamous game of wits and death.

Not long after Regina begins living in her family's remote country estate, she learns that there's something horribly disturbing about the old place.

When Dr. Taylor Briggs is exposed to a mysterious drug while lecturing in Brazil, he is f-rced to relive the dark, twisted memories of a killer whose work may not be over.

From The Dead Of Night

In this chilling thriller of the supernatural, fashion designer Joanna desperately tries to survive a string of bizarre attacks on her life.

Teri Hatcher and Louis Gossett Jr. star in this high-stakes supernatural thriller about a man whose special psychic gift is both a blessing and a curse.