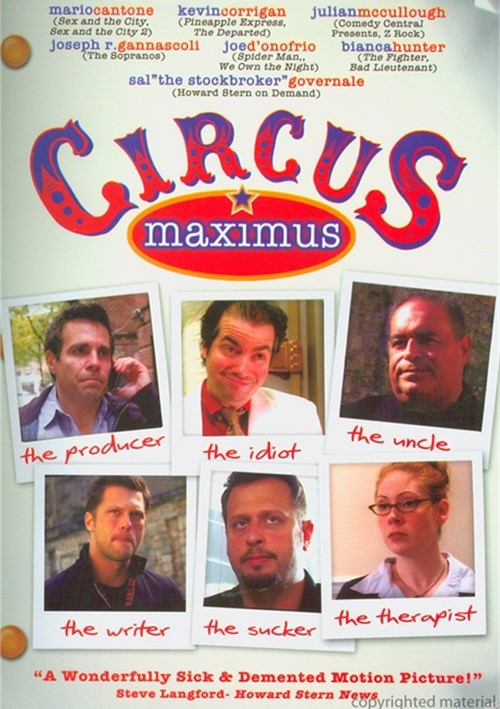 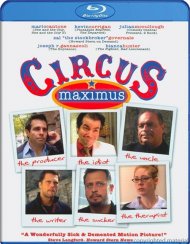 With a pending deadline looming and multiple obstacles mounting, established screenwriter, Cal Neros (Julian McCullough) must complete an entire screenplay within a solitary weekend. Threatened with disastrous consequences for failure, he is instructed by an irate Producer (Mario Cantone) to write three twisted short stories within a feature-length film. Circus Maximus progressively unfolds as all characters within the script come to life in their respective stories.

Story #1: Look Out Below

Tells the tale of Steve, (Sal "the stockbroker" Governale) an average guy who's looking for love and is unknowingly set up on a blind date - with a dwarf (Alli Chapman). With absolutely nothing in common, besides the desire to escape each other's company, can these 2 opposites complete the date before the kill each other?

Is the ongoing sage of a local Therapist (Bianca Hunter) and a colorful patient (Joe D'onofrio) who are deadlocked in a comedic, psychological cold war. But, will any progress be made in this exhaustive battle of the wills before somebody gets hurt?

Chronicle of 2 bumbling detectives (Kevin Corrigan) who are hired to recover a fetus in a formaldehyde jar. After developing an unnatural bond with the item, they hatch a plan to keep it. But, can they successfully deceive their employer before the job is over? Circus Maximus marks the 2nd motion picture from maverick filmmaker Tommy J. La Sorsa - The director of the Cult-classic-indy-sensation, All Saints Day!