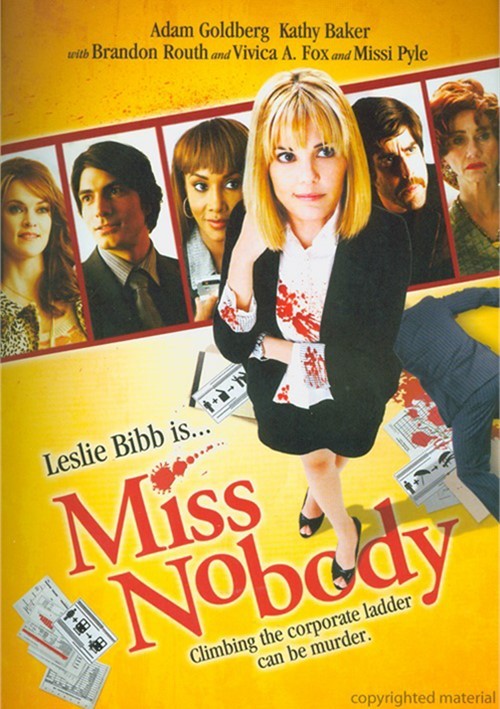 Climbing the corporate ladder can be murder.

an unexpected promotion to junior executive appears to be just the ticket. But with her new responsibilities comes an entirely alien world of corporate intrigue and scheming executives - most notably dashing newcomer Milo Beeber (Brandon Routh, Scott Pilgrim vs. The World, NBC's, Chuck, Superman Returns).

However, opportunities abound for a girl with a killer instinct. . .until she unexpectedly finds the man of her dreams not in Beeber, but in Detective Bill Malloy (Adam Goldberg, DÃ©jÃ  Vu, A Beautiful Mind, Saving Private Ryan). Unfortunately , he's intent on solving the mystery of the recent deaths at the company.

A murderous fable of modern success and love, Miss Nobody is a darkly comic look at one woman's rise up the corporate ladder and the delightful - but complicated - romance that ensues.

Reviews for "Miss Nobody"