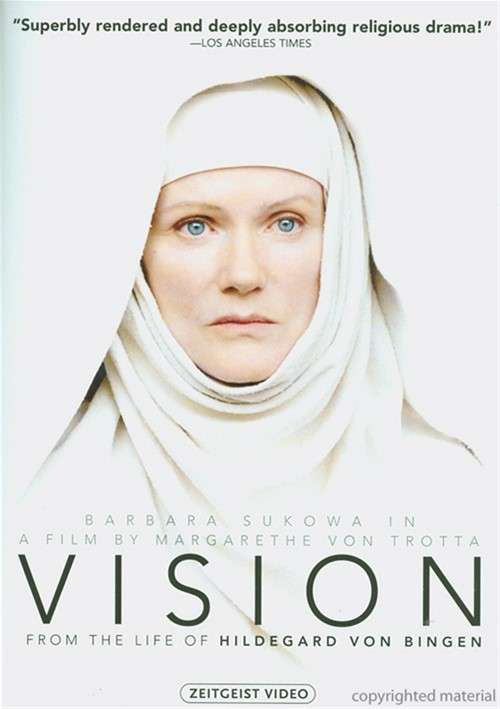 Hildegard von Bingen was truly a woman ahead of her time. A visionary in every sense of the word, this famed 12th-century Benedictine nun was a Christian mystic, composer, philosopher, playwright, poet, naturalist, scientist, physician, herbalist and ecological activist.

In Vision, New German Cinema auteur Margarethe von Trotta (Marianne and Juliane, Rosenstrasse) reunites with recurrent star Barbara Sukowa (Zentropa, Berlin Alexanderplatz) to bring the story of this extraordinary woman to life. In a staggering performance, Sukowa portrays Hildegard's fierce determination to expand the responsibilities of women within the order, even as she fends off outrage from some in the Church over the visions she claims to receive from God. Lushly shot in original medieval cloisters of the fairytale-like German countryside, Vision is a profoundly inspirational portrait of a woman who has emerged from the shadows of history as a forward-thinking and iconoclastic pioneer of faith, change and enlightenment.