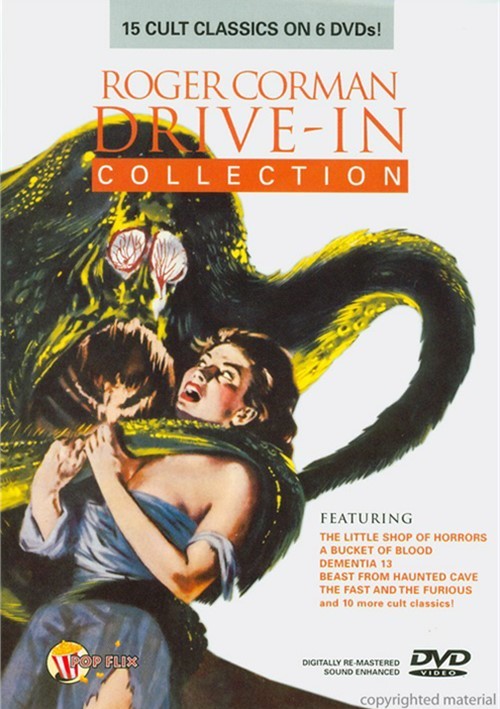 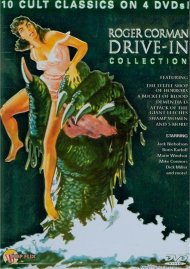 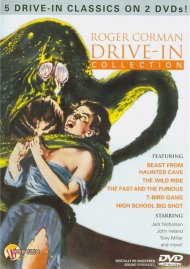 Attack of the Giant Leeches

A youth formula developed from enzymes of queen wasps turns a beautiful woman into a horrible winged menace!

Creature From the Haunted Sea

A smuggles plans to kill his human cargo and blame their deaths on a legendary sea creature, but the deadly monster turns out to be real!

A bumbling busboy becomes the toast of the beatnik art scene after he accidentally kills his landlady's cat and cover it in clay. When he needs to create new "masterpieces," people start mysteriously disappearing!

A love triangle from hell! After a nuclear apocalypse wipes out mankind, two survivors fight for the ultimate prize!

The Little Shop of Horrors

When a nerdy florist cultivates a carnivorous talking plant, he must find new victims to feed its insatiable appetite!

A lieutenant in Napoleon's army pursues an intriguing woman to the castle of an elderly Baron who believes she is the ghost of his long departed wife!

an axe-wielding lunatic amuck in a creepy Irish castle is mysteriously connected to the death of a family's youngest daughter! Written and directed by Francis Ford Coppola!

She Gods of Shark Reef

A hideous stone god lords over beautiful island maidens in this wild adventure of the depths of hellish horror.

At a remote ski resort, when thieves set-off a mine explosion as a diversion to their bank heist it awakens a deadly cave creature!

A rebellious hot-rodder (Nicholson) kidnaps his buddy's girlfriend and takes her on a dangerous, high-speed ride to evade capture!

The Fast and the Furious

Two lovers on the run from the law use the cover of a road rally to cross the border to freedom.

A courageous high school student joins a gang of juvenile delinquents to uncover his father's killer!

Desperate to become popular, a high school nerd embarks on a life of crime with disastrous results.