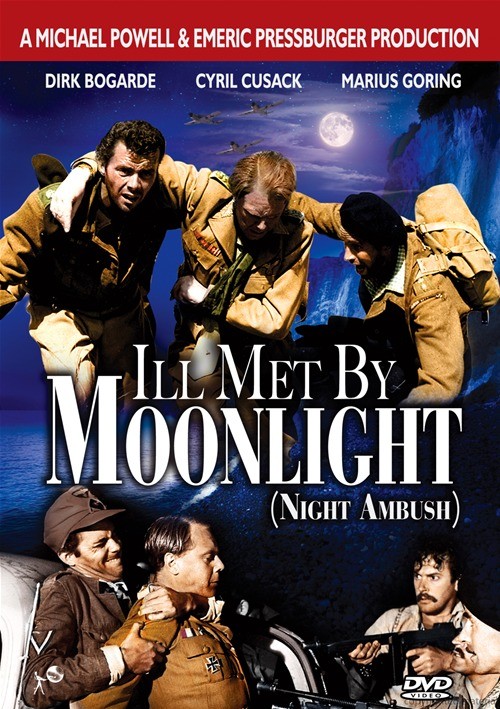 On the Nazi occupied island of Crete, two British officers are

assigned to kidnap the commanding German General and

deliver him to allied f-rces in Cairo. Aided by local patriots,

the abduction itself goes smoothly. However, the subsequent

chase across the rocky Cretan landscape proves to be more

account of the operation, this was to be the last collaboration of

the motion picture team of Powell and Pressburger. Released in

the U.S. as Night Ambush, it was trimmed by its

American distributor to 93 minutes. This restored DVD is the

Reviews for "Ill Met By Moonlight"