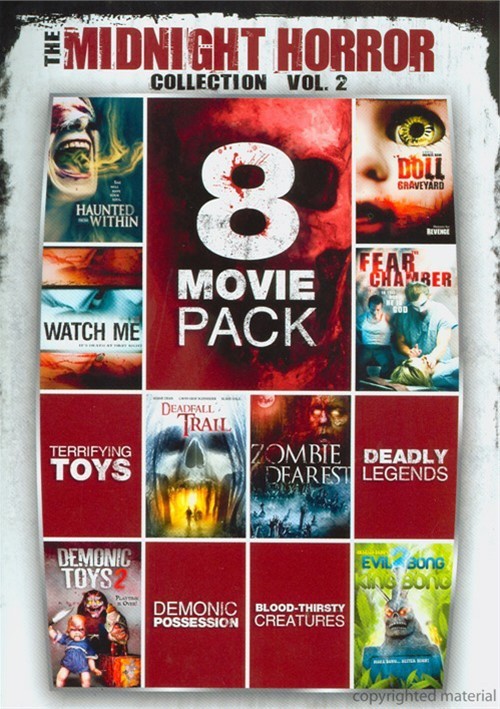 A modern retelling of the legend of La Llorana unfolds in an Arizona town.

A teenage loner discovers a set of handmade dolls buried in his backyard. when the clan comes to life, they protect him from harm. . . fighting a bloody battled in his name.

One by one Tess Hooper's friends are brutally murdered. Linking them together is a file that spreads through electronic address books to seek its victims.

A detective is on the verge of capturing a serial killer, but nightmarish visions thwart his efforts.

Three campers head into the wilderness for a bare-bones expedition, but when the situation becomes desperate, the building tension reaches a breaking point.

While digging up the septic tank, Gus unearths an obedient, hard-working zombie. . . a zombie that will do whatever he wants.

When an oddball group of characters gather to inspect an ancient puppet, strange things begin to happen.

On the search for a cure for their strange weed-smoking side effects, a group of stoners head to South America.