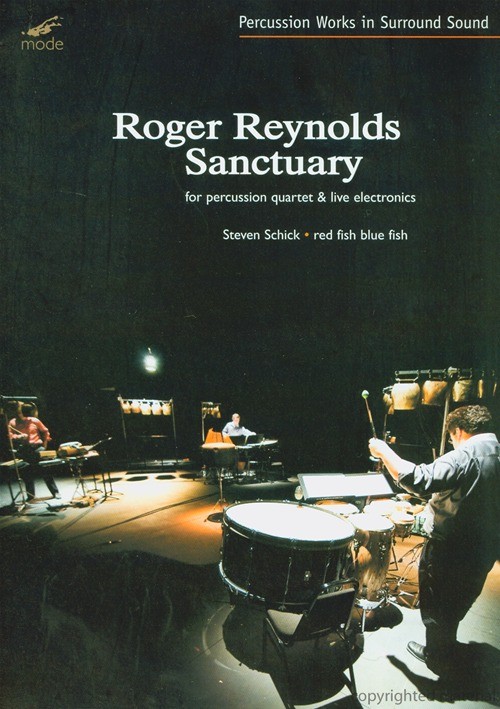 Sanctuary is conceived to be both visually and sonically dramatic. Composed for a spatially distributed ensemble and live electronics, the work makes spectacular use of the DVD's surround sound capabilities.

Sanctuary is intended to evolve with the experience of its creators (composer, performers, and technicians) and conceived so it adapts to the changing resources and contexts within which it is realized. Sanctuary continued to evolve as new performance spaces were encountered - new performers added their talents, interpretations emerged, and technologies were employed to realize and document performances.

To chronicle this evolution, three very different versions of Sanctuary are presented on this specially-priced double DVD set: