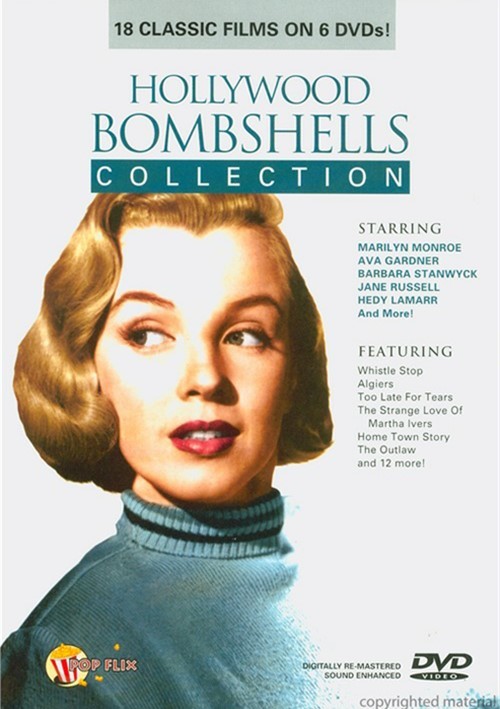 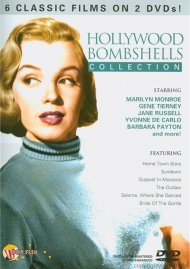 A small town girl (Gardner) returns home as a glamorous femme fatale and ignites a deadly love triangle between a small-time hood (Raft) and an unsavory nightblub owner (McLaglen).

An alluring tourist (Lamarr) steals the heart of an infamous master their (boyer), but puts his life at risk when his mistress betrays him to the French authorties. Nominated for four Academy Awards including Best Actor and Best Cinwmatography!

A gorgeous, hard-partying fashion editor (Lamarr), headed for a nervous breakdown, gets a makeover with a new identity and a new love (O'Keege), but ends up as a murder suspect when her past returns to haunt her.

A tantalizing Jezebel (Lamarr), abused by her alcoholic father, takes lustful revenge on the men who love her until a touring evangelist reveals her evil ways.

A neurotic husband (Sullivan) suspects his luscious wife (Young) is having a steamy affair with their family physician and plts to frame her for his own murder!

A high-class call girl's (Towers) transformation to respectability takes a lurid, shocking turn when she discovers the perverse truth about her millionaire finace (Dante). This raw, explosive noir is regarded amound Samuel Fuller's most brillant efforts!

Too Late For Tears

Pennies from heaven quickly turn to blood money when a married couple (Scott Kennedy) mistakenly receives a satchel of stolen cash and the faithless wife schemes to keep the loot for herself!

A striptease artist (Stanwyck) is up to her neck in trouble when towo fellow dancers are found strangles by their own g-strings and she becomes the prime suspect!

A blonde bombshell (Brooks) rises form humble beginnings to become a successful societs columnist by romancing wealthy men who all die under mysterious circumstances. One of the most deadly femme fatales in teh history of film noir!

The Strange Love or Martha Ivers

A predatory female (Stanwyck) plots to rid herself of a meek husband (Douglas) and silence a former lover who may have witnessed the "untimely" death of her mean-spirited, wealthy stepmother.

A Life At Stake

An enterprising busincesswoman (Lansbury) has big plans for an out-of-work architect (Andes) - a lucrative job and an illicit love affair. Unfortunatley for him, her plans also include murder!

A sultry femme fatale (Landsbury) accused of killing her husband tricks a love-smitten attorney (Burr) into acquitting her. Butwhen teh lawyer learns he's deen duped, he sets an ingenious trap to bring the murderess to justice.

Salome, Where She Danced

Bride of the Gorilla