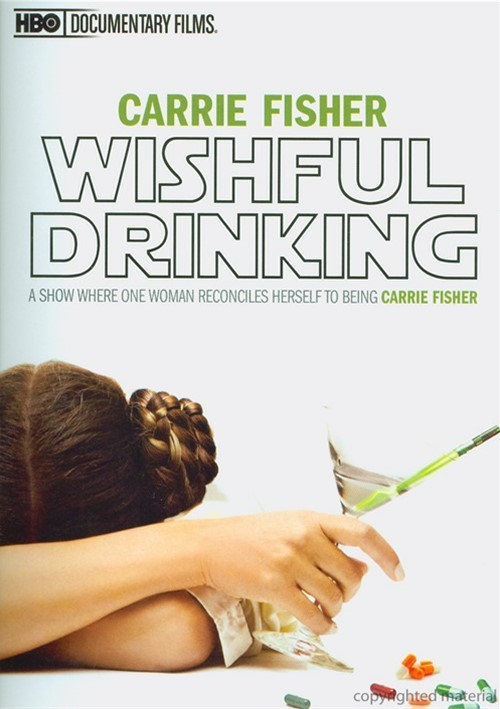 A show where one woman reconciles herself to being Carrie Fisher

Wishful Drinking brings the unique sensibilities of actress/author Carrie Fisher to HBO via a 76-minute adaptation of her acclaimed one-woman stage production. As she demonstrates in this uproarious and often poignant performance, Carrie Fisher is not just an accomplished actress, screenwriter and best-selling author. She's the offspring of show-biz royalty, daughter of celebrated actress Debbie Reynolds and crooner Eddie Fisher, whose very public affair with Elizabeth Taylor ended a storybook marriage. Despite growing up around movie stars and experiencing early fame of her own (she was cast as Princess Leia in Star Wars at 19), Fisher's life was hardly enviable. She faced more than her share of challenges: tragic relationships, drug and alcohol addiction, stints in rehab, bipolar disorder, and electroshock therapy. That she has survived and even prospered in the face of such adversity is a tribute to Fisher's resiliency, intelligence and, above all, heroic sense of humor. Wishful Drinking reveals the not-so-glittering side of being a celebrity, combining wry wit and raw facts to humanize Fisher's topsy-turvy life, while de-stigmatizing the struggle of those living with mental illness.