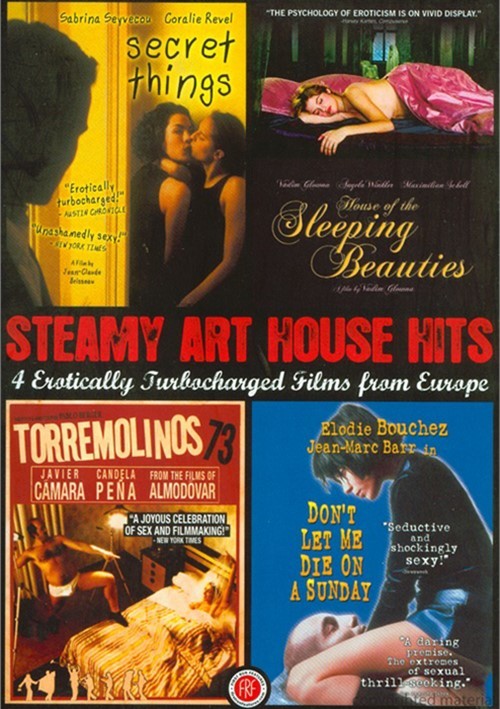 Two young women discover the power of sex to get what they want in the male-dominated Parisian bank. But they may have met their match in the ruthless son of the bank's president - and unbridled, power-hungry egoist.

House of the Sl--ping Beauties

An older man who craves an escape from his solitude is told about a secret establishment where one can spend the night in bed alongside beautiful, sl--ping young women who never awaken. Bedazzled by their seductive innocence but distressed about the reason for their deep sl--p, he delves into the mystery of the House of Sl--ping Beauties.

Spain, 1973. A struggling door to door salesman is coerced by his boss into making 'educational' sex films at home for a Scandinavian movie distributor. Starring Javier Camara (Almodovar's Talk to Her) and Candela Pena (Almodovar's All About My Mother).

Don't Let Me Die on a Sunday