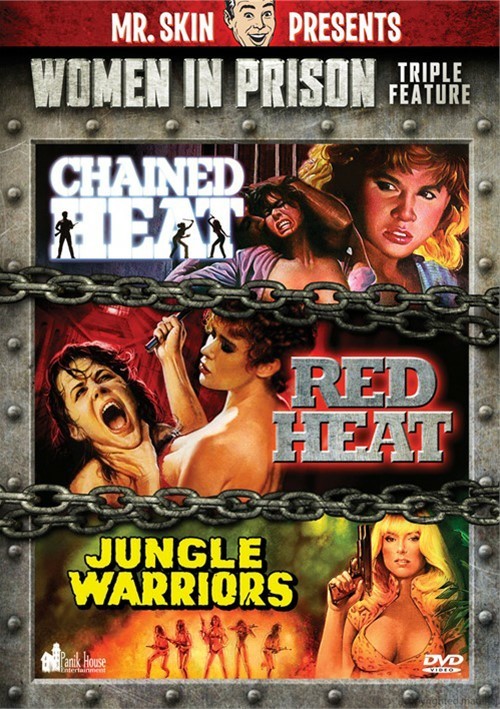 Mr. Skin and Panik House Entertainment Present the Unholy Trinity of "Women in Prison" Films! Chained Heat, widely regarded as the greatest "women-in-prison" film of all time, finally comes to DVD in a totally uncut, re-mastered version. This triple-pack of "boobs behind bars" mid-80s exploitation classics will only be in print for a limited time.

Linda Blair heads back to prison as American tourist Christine Carlson, a woman wrongly sentenced to three years in a brutal East German penitentiary after being f-rced to admit to false charges of espionage. Tormented by the evil prisoner Sofia (Sylvia Kristel, Emmanuelle), Christine must fight for her life as her fiancee tries to rescue her from the sadistic hell behind bars. Presented in Anamorphic Widescreen.

A group of gorgeous models flies to a South American country to scout locations for a photo session. When their plane is shot down, the models are imprisoned and subjected to horrible and by an evil drug lord. In an effort to escape, the girls grab some firepower, take revenge, and try to shoot their way to freedom! Stars Sybil Danning and John Vernon. Presented in Anamorphic Widescreen.