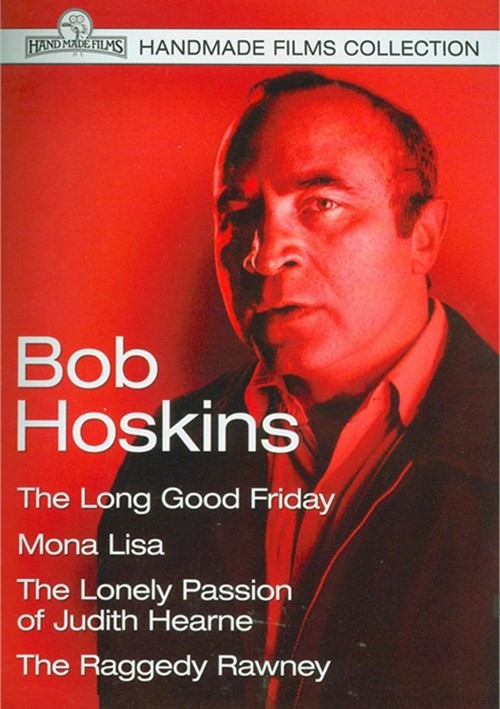 After a series of smaller film roles in the early 1970s, Bob Hoskins broke through to international acclaim in 1978 with the BBC TV series Pennies From Heaven, followed by a gripping performance a year later in The Long Good Friday. Subsequently, Hoskins would star in a wide range of productions, from his Oscar-nominated role in Mona Lisa to Steven Spielberg's Hook, Who Framed Roger Rabbit, The Cotton Club and The Lonely Passion of Judith Hearne. Recent roles include playing a serial murderer in Atom Egoyan's Felicia's Journey and Nikita Khrushchev in Jean-Jacques Annaud's Enemy at the Gates.

Mob boss Harold Shand runs an underworld empire but his dreams are much bigger. he and his sophisticated moll (Oscar-winner Helen Mirren) aspire to turn the barren docklands of London into a development for the upcoming Olympics. But their perfect plan begins to unravel in this taut, riveting thriller.

Bob Hoskins in his breakout performance for which he landed an Oscar nomination - as George, a working class hood whose growing obsession with the exotic and cunning Simone will lead him down a dark and bloody path.

The Lonely Passion of Judith Hearne

Brilliant performances from two-time Academy Award winner Maggie Smith and Bob Hoskins highlight this richly emotional tale of a lovelorn spinster and the man who will either change her life forever, or break hear heart one last time.

Shell-shocked by his first experience of battle, a young army recruit goes AWOL and is taken in by a band of gypsies. the bonds of family and the power of love are pitted against the chaos of war in this evocative drama directed and co-written by its star, Bob Hoskins.