Proud And Damned, The 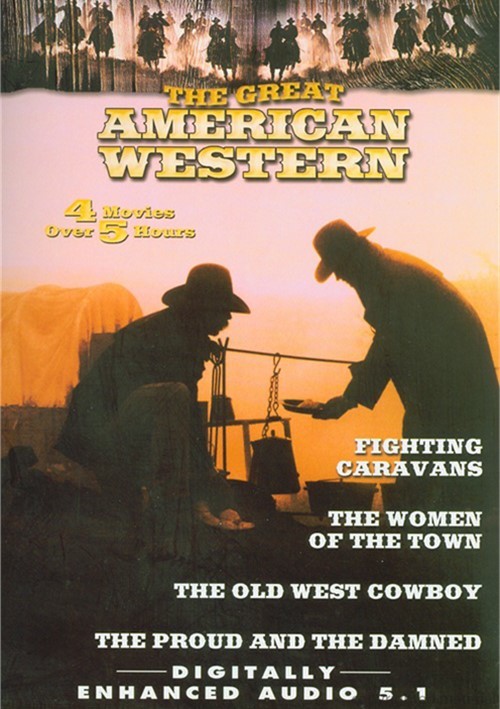 Proud And Damned, The

To avoid jail time for a misdemeanor, Clint Belmet (Gary Cooper) persuades a French woman, Felice (Lily Damita), to act as his spouse and join him on a wagon train headed West. But his plans are thrown off course when he unexpectedly falls in love with Felice. his new outlook on life gives Clint the courage to become the sole guide of the wagon train, thus making him a better man - and a hero to boot.

The Women Of The Town

When Bat Masterson (Albert Dekker), marshal of Dodge City, falls for Dora Hand (Claire Trevor), a caring, charitable woman, and a cattle kingpin murders her, Masterson vows to take her killer down, as well as finally take his job seriously and clean up the town's streets in her honor.

This film enlists professional actors to recreate the characters of the rough and tumble cowboys of the Old West. It also implements genuine stills photographed during the time period. The Old West Cowboy is an exciting and thought-provoking look at the bar fights, bank heists, shootouts, and horseback chases during this wild time in American history.

The Proud And The Damned

A pack of Civil War veterans, at the direction of a man named Will (Chuck Conners), is taken to San Carlos, Columbia, in order to inspect the town for Martinez (Andre Marquis), a Columbian general. The men are side tracked by the town's beautiful gypsies, including Will, who shacks up with the lovely Mila (Anita Quinn). Her jealous lover Ramon (Jose Greco) learns of their indiscretion and hunts Will down, resulting in Ramon's death. Consequently, the town's mayor hold all the American scouts for questioning. Due to a extenuation circumstances, the veterans fail to report back to Martinez, igniting a virtual war.

Review "Proud And Damned, The"

Reviews for "Proud And Damned, The"