Gun And The Pulpit, The 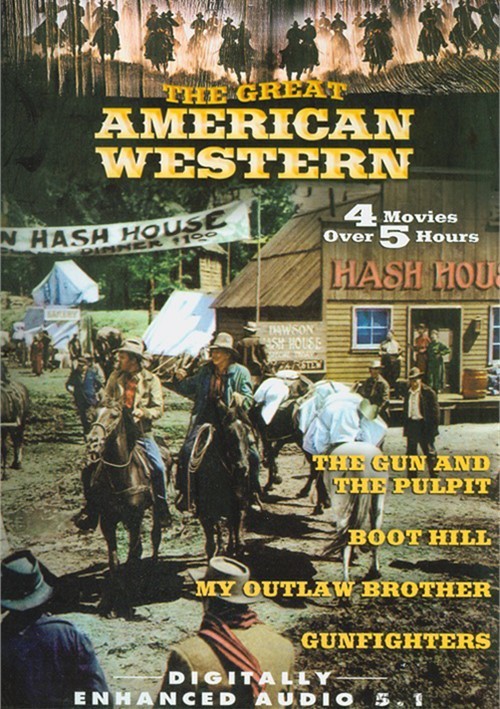 Gun And The Pulpit, The

The Gun and The Pulpit

In an attempt to dodge a bogus murder charge, a sought out gunfighter poses as an itinerant preacher he discovers dead, resulting from a surprise attack. The gunslinger acting as the deceased preacher becomes somewhat infamous throughout the west due to his uncharacteristic technique of training his sex-gun on antagonistic disbelievers.

An action packed western teeming with raucous women and desperados that details the adventurous activities of a hero and his cohort.

A city slicker from New York heads to the rough country of the West to visit his brother. His travels cause him to cross paths with a ranger who is in hot pursuit of an infamous bandit. In a surprising twist, the man discovers that the outlaw is none other than his brother. The tale is an adaptation of a work created by Max Brand.

Documents the factual stories of history's notorious bandits who held up stagecoaches, trains, and banks and the men of law who pursued them in an attempt to level justice, but also to acquire a bit of fame themselves by taking down infamous outlaws. These young men repeatedly had to establish themselves as being the most adept in order to remind the world that they were the true heroes - not the well-known desperados.

"The Great American Westerns" SeriesView All 1 Titles in the Series >

Review "Gun And The Pulpit, The"

Reviews for "Gun And The Pulpit, The"