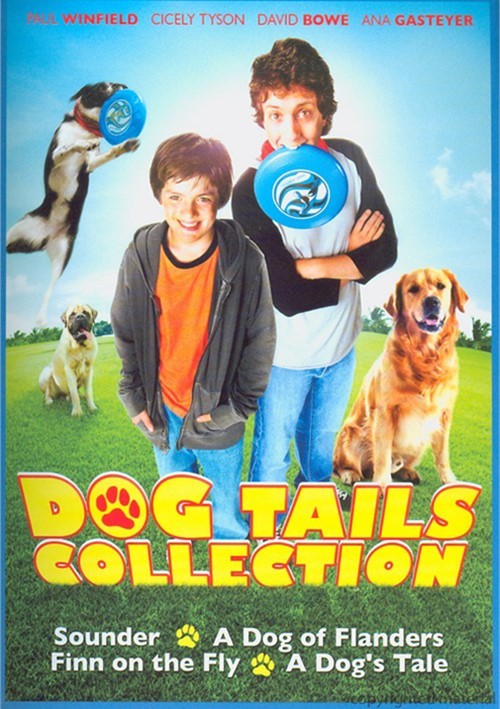 This hand-picked collection of inspiring stories of loyalty are a delight for families and lovers of our best friends with paws.

A Dog Of Flanders

A charming tale of love, friendship and a dog named Patrasche . . . Nello (David Ladd) and his grandfather (Donald Crisp) live a poor, unhappy life, until they find a wounded dog by the side of the road. They care for their new "friend," who recovers and gives Nello the hope to pursue his dream of becoming an artist.

A boy's life is turned upside down when he finds himself transformed into a dog through a wish he makes. Facing the prospect of remaining a dog forever, the transformed boy sets out to find the "Professor"; a strange homeless man who told the young lad about the wishing star that changed him. Dodging police, angry farmers, wild bears and hitching rides of all sorts, our boy-turned-dog must depend on some help from his friend, his parents and the "Professor" to make things right.

Finn On The Fly

After moving to a new town, Peter, a shy 13-year-old boy, has trouble making friends. Luckily, he has Finn, his life-loving Frisbee playing dog. After they stumble into their neighbor's secret science laboratory Finn sticks his nose where it doesn't belong and is accidentally transformed into a man. But even in his new body, Finn is still a dog at heart.

Nathan Lee Morgan (Paul Winfield), an African-American sharecropper, steals food from his neighbor to feed his hungry family and is arrested, leaving his wife, Rebecca (Cicely Tyson), and their three children to endure the hardships of prejudice and poverty in the Depression-era South. Nominated for four Academy Awards including Best Picture, this acclaimed film, directed by Martin Ritt and adapted from the Newbery Award-winning book, tells the coming-of-age story of a boy and his dog.