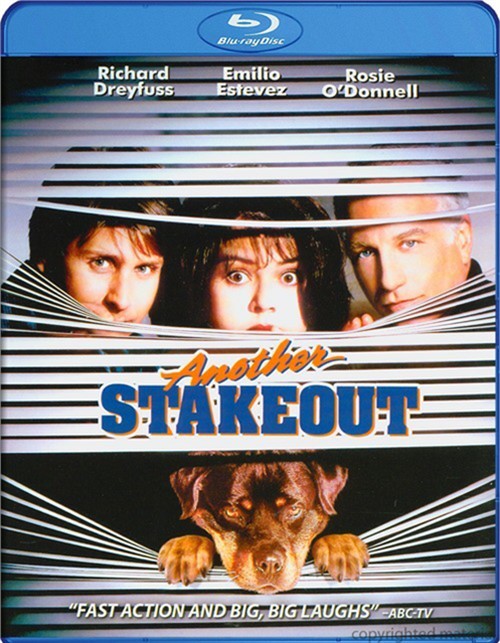 Richard Dreyfuss (Mr. Holland's Opus), Emilio Estevez (Young Guns I & II) and Rosie O'Donnell (Sl--pless In Seattle) light up the screen in the action-packed hit, Another Stakeout! Once again, Seattle detectives Chris Lecce and Bill Reimers are teaming up on a stakeout, but this time they're bringing along a headstrong female partner, Gina Garrett (O'Donnell), and her mischievous dog, Archie. Together, they're posing as the perfect family and it looks like these unlikely housemates might just catch their suspect . . . if they don't kill each other first. Twice the fun of the original Stakeout, this star-studded action-comedy will have you howling with laughter.

Reviews for "Another Stakeout"