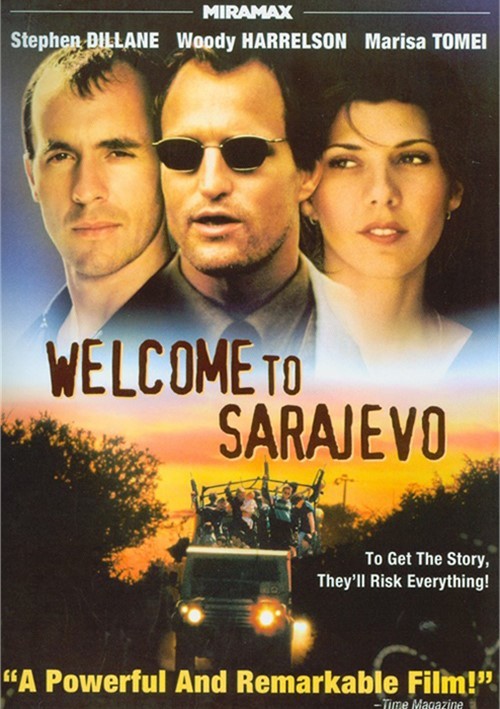 To get the story, they'll risk everything!

Living on the edge amid the constant threat of attack, an offbeat band of TV journalists, led by hotshot Jimmy Flynn (Harrelson), report from a devastated war-torn country. The action intensifies when one of the journalists crosses the line and risks his life in a bold attempt to smuggle an orphaned girl to safety. Filling the screen with a jarring mix of passion and danger, Welcome to Sarajevo is a gritty, behind-the-scenes look at covering a war... head-on and on the run.

Reviews for "Welcome To Sarajevo"