Neil Young: Here We Are In The Years 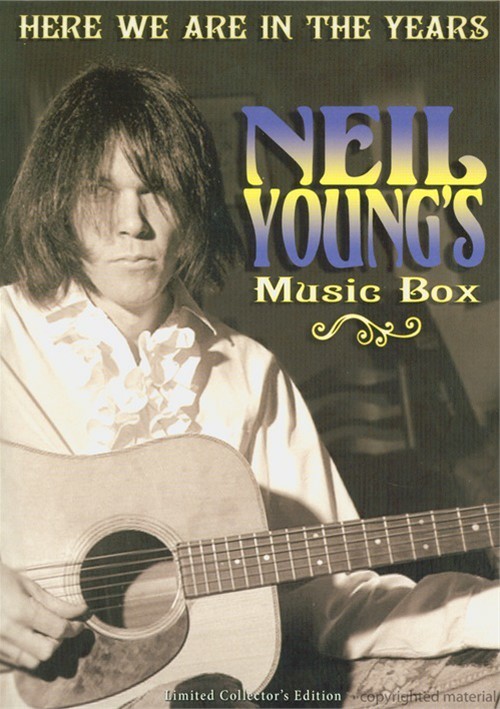 Neil Young: Here We Are In The Years

Despite remaining a hugely original singer, songwriter, performer and, let's face it, human being, across a career spanning almost fifty years, Neil Young has never been immune to the influence of others. This will be of no surprise to anyone with even a hint of interest in the man and his music, but only those who have studied their subject in depth will be aware of the enormous range of artists and genres Neil has both been affected by and drawn inspiration from, much of which, if one knows where to look, is apparent in Young's incredible catalogue.

As with so many of his 1960s contemporaries, his first love the classic rock & roll of the mid-1950s, but as the 50s turned into the 60s, twangy guitars courtesy of Duane Eddy, The Fireballs and - even more notably - Hand B. Marvin of Brit-instrumentalists the shadows took over, both for pleasure and for guidance - indeed his first band, The Squires, were dead-ringers for The Shads.

The folk-revival of the late 1950s didn't pass Neil by, and from this genre he was deeply moved by fellow Canadians Ian & Sylvia, whom Young would never forget, recording their 'Four Strong Winds' in 1978 and still name-dropping the husband and wife act to this say. Bob Dylan's affect on Neil is well known but by mid decade, British folk-blues guitarist and composer Bert Jansch had equally hit a note with Young, and years later they would tread the boards together on many occasions.

But Young wasn't stuck in the decade in which he emerged as a musician. Throughout the late 1960s and the 1970s he kept an ear to the ground and, despite claiming in 1975 that he had given up listening to other people's records, he was clearly enthralled by both the impulse and the sounds of the punk revolution, giving the infamous Johnny Rotten equal credit to recently departed hero Elvis Presley, on his 1979 opus "Hey Hey, My My". His work with new-wavers Devo compounded this ongoing delight in new sounds and the technology that accompanied them, and by 1982's Trans it was no secret he'd had Kraftwerk on heavy rotation.

And while during the 1980s he often harked back to styles previously toyed with - country, rockabilly, fold, r'n'b - his early 90s salutations from grunge's finest weren't shrugged off with the kind of disinterest that may have been forthcoming from others of his vintage. Neil both made records with and wrote songs about some of the best of theses young upstarts and the teacher became the pupil in a wholly bewildering chain of events.

This film traces the astonishing musical journey of Neil Young from the day he first heard Elvis to his most recent offerings, via the above named and numerous others who assisted in his creation of, arguably, the finest body of work to emerge during the rock era.

Review "Neil Young: Here We Are In The"

Reviews for "Neil Young: Here We Are In The"