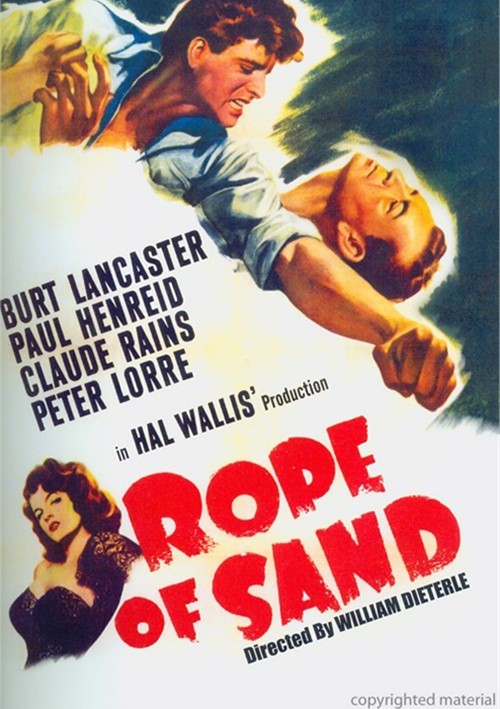 After a two-year hiatus, Mike Davis (Burt Lancaster) returns to the same African city where he was d and left for dead at the hands of a sadistic Police Commandant (Paul Henreid). Originally innocent of all charges, Mike is back to claim the diamonds he had supposedly stolen two years ago. He enlists the help of a mysterious stranger (Peter Lorre) and the doctor (Sam Jaffe), who had helped him back to health. The diamond syndicate head (Claude Rains) recruits a nightclub temptress Suzanne Renaud (Corinne Calvet) to seduce and betray Mike as an alternate to brute f-rce. This suspense-noir classic was directed by William Dieterle (Dark City).

Reviews for "Rope Of Sand"