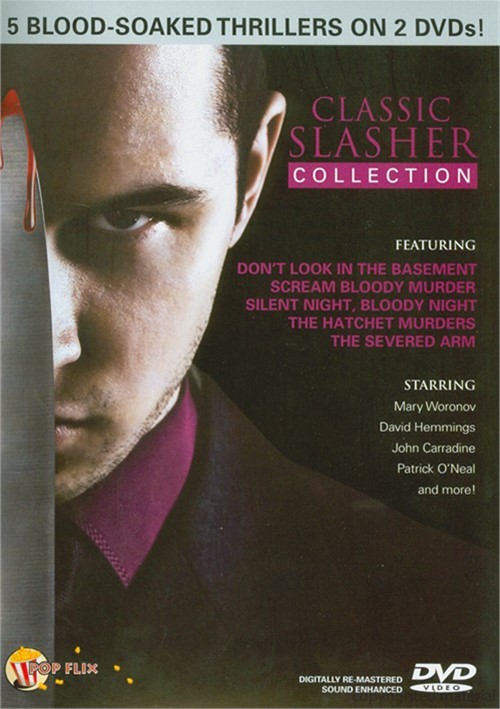 Don't Look In The Basement

A young nurse arrives at an isolated sanitarium where the lunatics are truly taking over the asylum! Stars Rosie Holotik, Playboy cover girl, April 1972.

In this Gore-norgraphic twist on Oedipus Rex, a young man with a hook for a hand goes on a bloody killing spree!

On the night before Christmas, grisly murders occur around a former insane asylum where a gruesome massacre took place 35 years earlier!

After witnessing a brutal murder by an unknown assailant, a musician is pursued by the maniacal psycho hell-bent on protecting a deep, dark secret! Also known as Deep Red.

Trapped in a cave, six desperate geologists hack off the arm of one of their group for dinner. When they are rescued moments later, the one-armed man vows vengeance!