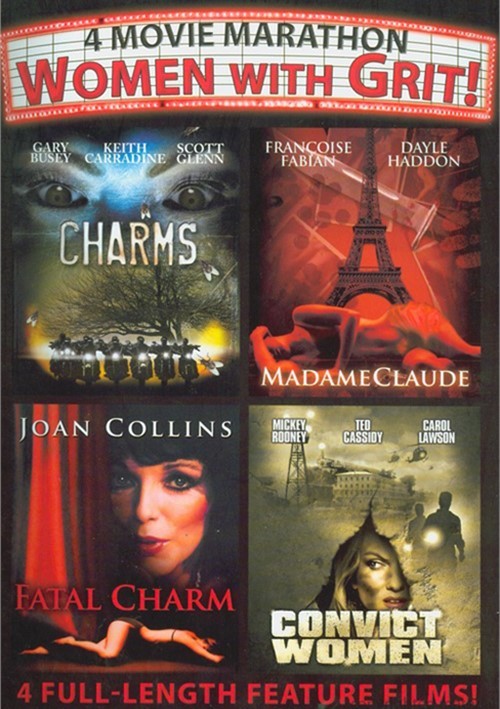 Witchcraft wreaks bloody revenge on a group of fugitives who hide out on a farm run by two sisters in Nebraska. Arriving in an isolated town, the gang is convinced they can take over-and take whatever they want. But what the bikers don't know is that they have picked the wrong town - and the wrong family. showing no mercy the sisters cast a deadly hex and watch...

Allegedly based on actual events, this international tale of erotica and intrigue tells the story of a Parisian Madame who provides classy call girls for the wealthy and powerful. but her French brothel will take a sudden turn when one of her girls turns up dead in photographer David Evan's apartment; Madame Claude must find a way to prevent the destruction of her elite empire.

An Italian private investigator tries to get to the bottom of a suspicious kidnapping case with the help of an exotic dancer.

Four female inmates escape from prison and wind up stranded in the Everglade swamps. Taking a hostage, the women find themselves in the middle of a dangerous drug deal. Now the convict women must escape the pursuit of the ruthless gangsters and federal agents. But their only way out is to survive the deadly swamps filled with poisonous snakes, killer alligators, and untold dangers.