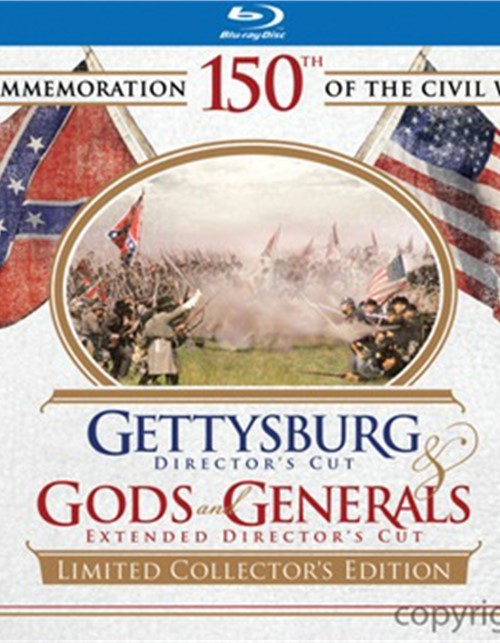 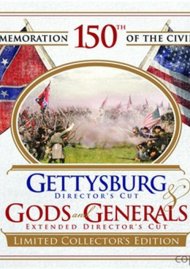 Key battles of America's Civil War thunder across the screen in two richly scaled, rigorously authentic, powerfully compelling epics based on acclaimed historical novels by Michael Shaara. The tide of the war changes during three fierce days of combat at Gettysburg, the gripping saga of the tactics, command errors and sacrifices behind the bloodiest battle ever fought on U.S. soil. Gods And Generals reveals the spirited allegiances and fierce combat of earlier Civil War struggles, framing its tale with the fateful clashes at Bull Run, Fredericksburg and Chancellorsville. These sprawling films remind us of the people, passions and heroism that fanned the flames of a country at war with itself. Includes Director's Cut of Gettysburg and Extended Director's Cut of Gods And Generals.