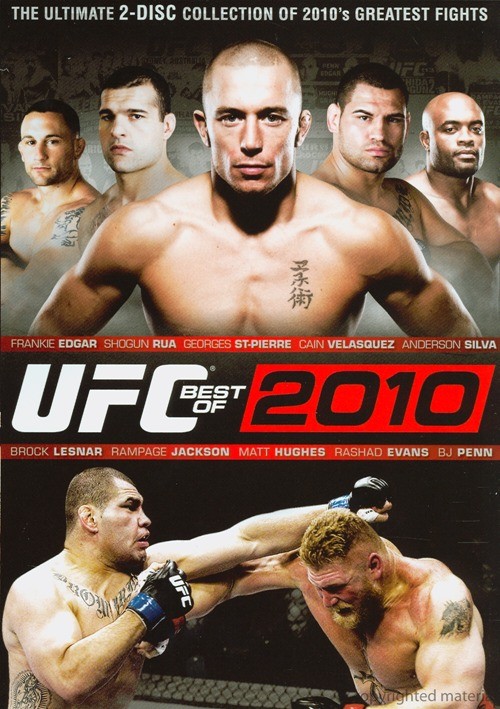 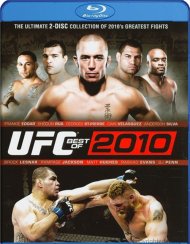 UFC Best Of 2010 captures all of the year's greatest Octagon action in one spectacular collection. Re-live the best moments from the year's biggest fights - the shocking knockouts, exciting submissions, devastating losses and thrilling victories. With 13 complete fights, including Brock Lesnar vs. Cain Velasquez, Rampage Jackson vs. Rashad Evans, Lyoto Machida vs. Shogun Rua, and Anderson Silva vs. Chael Sonnen, this collection features the epic battles that made 2010 an unforgettable year for the Ultimate Fighting Championship. Also included are a tribute to UFC Hall of Famer Matt Hughes and a breakdown of rising contenders to watch in each weight class. The year was historic, dramatic and action packed, and it's all right here in UFC: Best Of 2010.