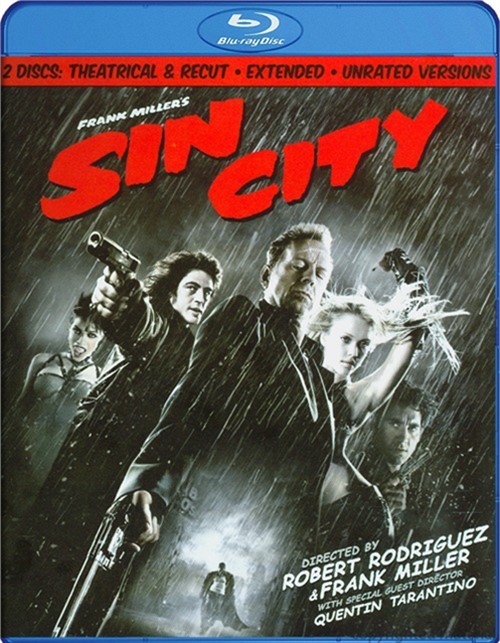 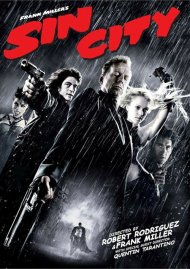 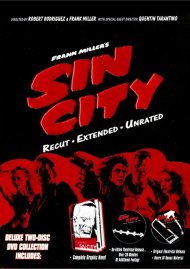 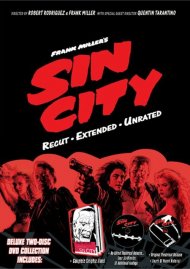 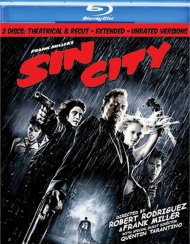 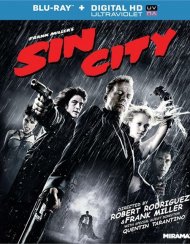 If ever a movie was meant to be experienced in high definition, Frank Miller's Sin City is guilty on all counts! A groundbreaking masterpiece of mayhem, Sin City roars to life with both barrels blazing in this Blu-ray Disc set that includes the restored Theatrical Feature and the Unrated, Recut Extended Release. Plus, get in on the action with explosive new bonus features: "Kill 'Em Good Interactive Comic Book" and "Cine-Explore."

Strap yourself in as a staggering sensory onslaught hits you right where you live. From the stylized, razor-sharp clarity of the unique, high definition visuals to the throbbing, phenomenally intense sounds of bullets spraying and bones crunching, this awesome, mind-blowing excursion into a sexy, twisted funhouse of cops, killers, hookers and hit men will tease, tantalize and thrill you as never before in Blu-ray Disc High Definition.