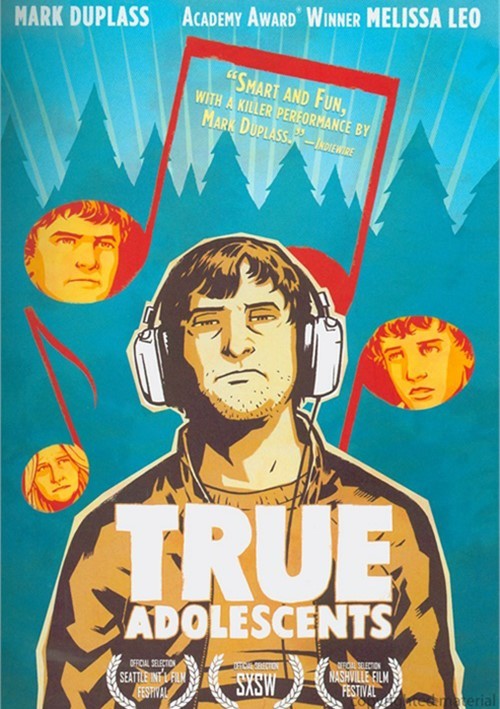 At 34, struggling Seattle musician Sam (Mark Duplass, Humpday, The League) finds himself broke, jobless and losing touch with the person he wants to become. When his girlfriend kicks him out, he's f-rced to crash with his aunt Sharon (Academy Award winner Melissa Leo, The Fighter) and is reluctantly enlisted to take her teen son Oliver and his friend Jake camping.

Edgy, funny and honest, Craig Johnson's film follows the trio into the rugged Pacific Northwest as unforeseen revelations and transformations f-rce them to face adulthood. Set to a mesmerizing soundtrack featuring both emerging and established artists including Band of Horses, The Black Keys and Devendra Banhart, True Adolescents reminds us that sometimes people need to get lost to truly find themselves.