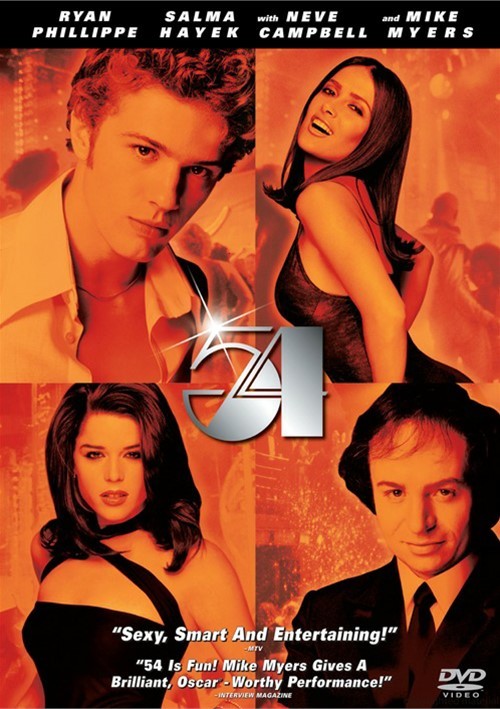 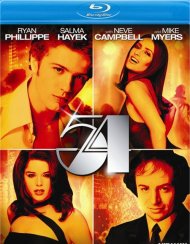 Hot Hollywood stars Mike Myers (Austin Powers: The Spy Who Shagged Me, Wayne's World), Neve Campbell (Wild Things, Scream 1, 2, & 3), and Salma Hayek (Wild Wild West, Dogma) give must-see performances in this provocative look behind the bright lights of the hottest nightclub ever! When Steve Rubell (Myers), the mastermind behind New York's infamous Studio 54 disco, plucks young Shane O'Shea (Ryan Phillippe - Gosford Park, Cruel Intentions) from the sea of faces clamoring to get inside his club, Shane not only get his foot in the door..but lands a coveted job behind the bar! By following Shane's rapid rise from naÃ¯ve busboy to the notorious nightspot's sexy main attraction, you're allowed an unforgettable look at the spectacular rise and fall of Steve Rubell's decadent empire! An entertaining hit that pulses with the best dance music of the era, 54 is not just your ticket inside this legendary place.. It places you at the very epicenter of the greatest party on earth!